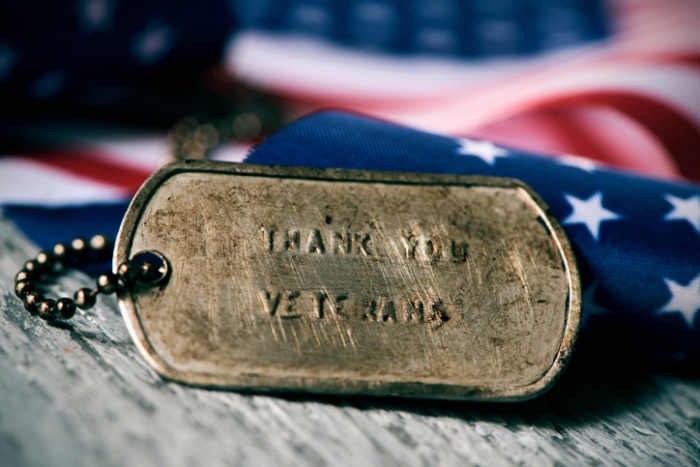 Each November leading into Veterans Day, GSCU sells paper stars to benefit Honor Flight New England. It’s a great non-profit with an inspired mission, but many don’t know much about Honor Flight so we’re sharing their story, and the story of a GSCU employee (me!) who recently had the opportunity to accompany a Korean War Veteran on a flight, acting as his Guardian Angel.

Honor Flight New England is dedicated to saying thank you to America’s most senior Veterans. Relying fully on donations, they fly Veterans to Washington, DC, for a whirlwind day of visits and reflection at the nation’s War Memorials. While Guardians pay their own way, there is no cost to the Veterans. Flights fill up quickly, with top priority given to WWII Veterans followed by Korean War Veterans, Vietnam Veterans, as well as any others who may be terminally ill.

I received a call from Joe Byron, HFNE’s Executive Director in early September noting they were in need of a volunteer Guardian Angel – and asking if I’d be interested in joining them for the upcoming flight. I was thrilled and thoroughly enjoyed the day of volunteer training at the end of which I had the opportunity to meet my Veteran. At 85, he had served in the Air Force during the Korean War. We clicked immediately and he grinned when I commented that we were bound to be BFF’s by the end of our trip together.

The big day arrived and we headed to the Manchester Airport at 6:00am. Meeting at the Fire and Rescue Station behind the airport, I was blown away to see the line of motorcycle escorts, police officers and fire fighters, all there to add their thanks to these Veterans. The Mayor and Chief of Police both stopped by and shared a few words of thanks to these men and women. Then, we boarded the buses and followed the nearly 100 motorcycles and police cruisers with lights flashing, to the main airport terminal. Entering the airport, we encountered four hundred cheering greeters, from law enforcement, to scouting groups; family members, bagpipers and more… an emotional and heartfelt tribute and send-off for these Veterans.

The quick flight to Baltimore was a great chance to chat and get to know each other better. It was amazing to hear so many stories of the experiences and sacrifices these Veterans made. Upon landing, as we taxied to the gate, the Baltimore Fire Department made a memorable salute with two hose trucks spraying our plane as we passed beneath the water arc. As we deplaned, our group was once again greeted with applause and praise from staff and travelers in the terminal.

Another police escort from the airport as our buses navigated the trip to the war memorials in DC. Traffic was halted as the Honor Flight buses were escorted directly to the WW II Memorial. While a rainy day in Washington, the spirits of these veterans weren’t dampened. After exploring the first memorial, our group traveled to the Korean War Memorial – a haunting experience that left you feeling as though you too were walking patrol with the statues of the soldiers.

Next came the Changing of the Guard Ceremony at the Tomb of the Unknown Solider. The somber ritual pays the utmost respect to those who gave their lives in service to this country. The sight of nearly 30 elderly Veterans, all in wheelchairs as they took in this ceremony was impactful and deeply meaningful. Following the ceremony, we had the opportunity to meet with a member of the Honor Guard, who provided insight and answered questions about being a member of the highly-esteemed outfit. Striking, was this young man’s appreciation and respect for these elder Veterans.

At dinner that evening prior to heading back to the airport to return to NH, I had the opportunity to speak with the oldest veteran that HFNE has ever had on a flight. At 102 years old, she was an Army nurse stationed in Italy during WWII. The stories she shared of her war experiences were amazing!

Landing back in Manchester at 12:30am the next day, we were once again met by volunteer motorcyclists who greeted each of the veterans, thanking them for their service. Upon asking my Veteran how his experience had been, he shared, “It was one of the greatest days of my life.” And it was one of the best of my life too.

Thank you all Veterans for your dedicated service and sacrifices. And thank you to Granite State Credit Union for continuing to lend your support to this organization, among so many… and for creating a culture where employees are given paid time to volunteer for such worthy causes.